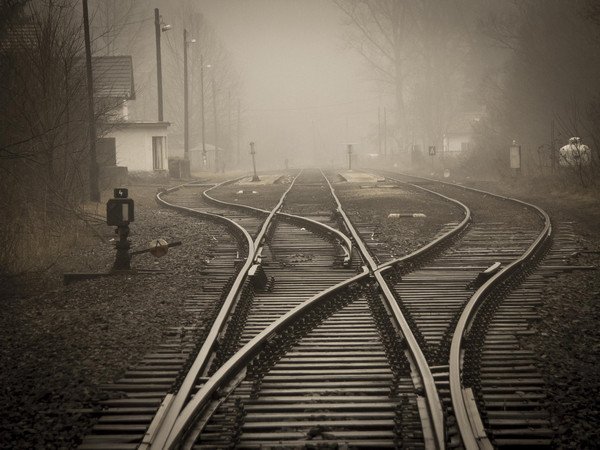 Developing a clear sense of direction is undeniably a habit all successful people practice. When you make up your mind about what it is you would like to achieve, the ones who actually accomplish their dreams are almost always the ones who had set clear goals for themselves.

Clearly define your objectives, goals and sub-goals by writing them down, meditate on them constantly and do at least one thing every day that will bring you closer to your destination. This principle of writing something down is also a biblical principle. In Habakkuk 2:2 regarding a specific situation we read, “…Write the vision and engrave it so plainly upon tablets that everyone who passes may [be able to] read [it easily and quickly] as he hastens by.”

Furthermore we read in Luke 14:28-29, “For which of you, wishing to build a farm building, does not first sit down and calculate the cost [to see] whether he has sufficient means to finish it? 29Otherwise, when he has laid the foundation and is unable to complete [the building], all who see it will begin to mock and jeer at him.”

When King David wanted to build a Temple in honour of the Lord, he laid down the plans and collected all the money in advance. During David’s son’s reign, the vision was carried out and the mission accomplished very successfully.

Compare this to when the Israelites were wandering in the desert after their great exodus from Egypt. They had no clear idea of which way to go next. They ended up travelling around the Promised Land for forty years without ever entering it. The next generation, led by Joshua, did have a clear sense of direction and they were able to possess the Promised Land.

If you read the account of Noah, it is startling to note the precision with which the plans for the Ark were presented to him by God. Planning and organising is obviously an integral part of running a successful venture.

While it is vital to have a clear sense of direction, for the Christian it is crucial that his or her goals in life are clearly defined based on the four foundational principles of biblical success. These principles were discussed before, but we will refer to them now for quick reference:

Our goals must be defined based on these principles and not only by our personal aspirations. Philippians 2:13 says, “… for it is God Who is all the while effectually at work in you [energizing and creating in you the power and desire], both to will and to work for His good pleasure and satisfaction and delight.” When we become sold-out for Christ, our desires change in accordance with the four foundational principles. 1 Corinthians 2:16 says “…But we have the mind of Christ (the Messiah) and do hold the thoughts (feelings and purposes) of His heart.” The things we wished for, the hopes and dreams we had for ourselves, are no longer important unless they are still important to God. He will impart new desires in us in accordance with His plans and purposes for our lives, as well as for the whole world.

The Biblical Secret For Success

Proverbs 16:3 says, “Roll your works upon the Lord [commit and trust them wholly to Him; He will cause your thoughts to become agreeable to His will, and] so shall your plans be established and succeed.” This verse shows us clearly that we will only experience true success when we revise our definition of what success really is, in accordance with God’s will.

True biblical success can only be obtained when we allow God to change our thoughts to agree with His. So many people struggle in life, unable to make any progress or fulfil their dreams. When this happens, we need to realise it is only when we realign our plans and dreams with God’s will for our lives that we will be blessed with true success.

While God promises to bless everything we lay our hands on, He is under no obligation to do so if it is not something He has authored for our lives, or if it is something in direct opposition to His will.

Committing everything you do to the Lord is the surest way to avoid spending time on fruitless ventures. It serves like a navigator in life and will help you to steer clear of things with no eternal value.

For example, if I learn about a very successful cigarette brand from Brazil and I realise that nobody is marketing it in my country, committing this venture to the Lord will make me realise that it does not carry His approval. Cigarettes destroy life and bring death, create addictions and rob poor families of money that could be used for food instead. Jesus came to give life, break addictions and strongholds and alleviate people from extreme poverty. Even if I stand to make millions of dollars for the Kingdom of Christ, why would I spend my time, money and energy on something in direct opposition to the Lord’s work?

If I really believe I am called to be a millionaire for the Kingdom of Christ, I will find alternative but sound methods of doing so. I will then have the assurance my plans are established in line with God’s will and my plans will succeed.

God’s Will For Your Life

In his teaching called Kings and Priests, Charles Nieman tells the story of a man who experienced incredible success in a Fortune 500 Company, while only in his twenties. He made a lot of money for himself and his company and before the age of thirty he was in charge of thousands of employees. Everybody agreed he would probably become the CEO of the company one day.

Then something happened that changed his life forever. He had a personal meeting with the Lord, repented of his sins and gave his life to Jesus Christ. He became born-again, sold-out for Christ and instantly had an intense desire to serve Him only. He then made the mistake of asking the wrong people how he could serve God. They told him that he should go to Bible school and become a pastor. He followed this advice, retired from his position at the Fortune 500 Company and was ordained as one of the pastors in his church.

However, it didn’t take very long for him to realise he had no special talents for being a pastor. If he had asked the Lord about this plan to quit his job and become a pastor before taking action, he probably would have heard this was not God’s will for his life. God had called him to be a businessman and had anointed him with the abilities and gifts to be successful at it. Through this position in society and the business world, this man would have been able to reach thousands upon thousands for Christ. Although he was sincere in his decision to become a pastor, he lived a very unhappy and unfulfilled life.

The opposite can be true as well. There are many who are called by God to be in the ministry but who refuse to do so. They struggle in life, unsuccessful in everything they do because they have not committed their plans to the Lord to become in agreement with His will.

Recommitting all your plans to the Lord on a regular basis is key to making sure that you don’t end up riding a dead horse. What was once a good idea might not necessarily be so a few years later. It is also vitally important in any undertaking to ensure we continually strip away the things that are a diversion or distraction from what God has called us to do.

For example, if I make movies for a living, dedicating my profession to the Lord on a regular basis will ensure I don’t end up producing films with questionable content.

Recommitting all your plans to the Lord on a regular basis is the secret weapon that will destroy all the subtle tactics of the devil to infiltrate the plans we originally committed to the Lord. It helps us to keep our energy focused on the things that have eternal value, and not on the things of this world that are only temporal.