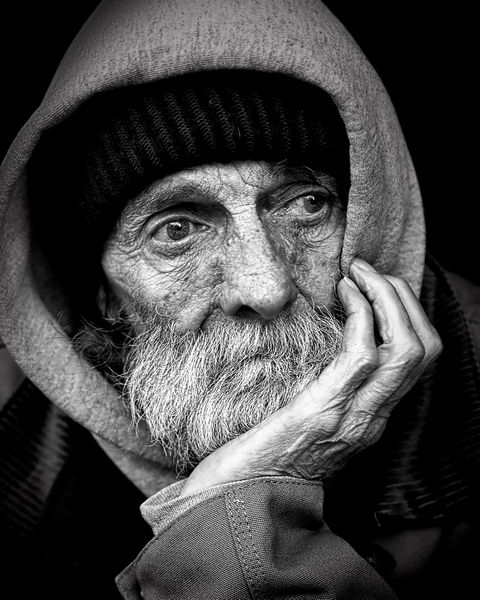 Humans were made admirable, praiseworthy, respectable and good, and God expects us to treat our fellow human beings accordingly.

We previously looked at four principles which serves as the platform for biblical success. These four principles, as discussed in the following posts, are:

When these four foundational principles of success are established in our lives, honour for God and man will be the fruit that bears witness to the depth of that foundation. It is a direct result of the love of God that flows through us, just like two atoms of hydrogen and one atom of oxygen in suitable conditions can’t help but form a water molecule.

Many who profess to be Christians walk around treating others with complete disregard and no respect at all. They have no desire to show honour to any except themselves and maybe the person paying their salary. Incidentally the majority of us lack power in everything we do. We lack power because God’s love is not flowing through us the way it should, blocked by our unwillingness to cultivate a lifestyle of showing honour instead.

The Microsoft Encarta Dictionary defines honour as having or showing great respect and admiration for somebody or something. How many of us show respect or have admiration for the homeless, the poor, the hungry or the mentally ill, to name a few?

When we realise God created everybody for the same purpose, regardless of their social status, we can understand why it is so important to show honour to more than just the people we feel like showing it to. All the more so when we understand God wants us to play a part in reaching out to the lost, helping them to escape damnation and realise the purpose they were created for as well.

Show respect for all men [treat them honorably]…

In Psalm 8:5 we see that God created us worthy of honour, “Yet You have made him but a little lower than God [or heavenly beings], and You have crowned him with glory and honor.” Humans were made admirable, praiseworthy, respectable and good, and God expects us to treat our fellow human beings accordingly.

In Ezra 7:23 we have an example where honour was required, accompanied by a warning should it be lacking, “Whatever is commanded by the God of heaven, let it be done diligently and honorably for the house of the God of heaven, lest His wrath be against the realm of the king and his sons.”

In Proverbs 14:31 we see how a disregard for others is an insult to God, but showing kindness and mercy is not just an act of extending honour to man, but to God as well, “He who oppresses the poor reproaches, mocks, and insults his Maker, but he who is kind and merciful to the needy honors Him.”

A clear example of how a lack of honour can prevent the manifestation of God’s blessings in our lives can be found in Matthew 13:57-58, “And they took offense at Him [they were repelled and hindered from acknowledging His authority, and caused to stumble]. But Jesus said to them, A prophet is not without honor except in his own country and in his own house. 58And He did not do many works of power there, because of their unbelief (their lack of faith in the divine mission of Jesus).”

A lack of honour where honour is due can literally prevent God’s power from flowing in our lives. It should come as no surprise, since honour is rooted in love and all the Law and Prophets hang on the commandment to love.

In Exodus 20:12 the commandment was given to honour our parents as well, “Regard (treat with honor, due obedience, and courtesy) your father and mother, that your days may be long in the land the Lord your God gives you.” This commandment was later repeated in the New Testament as a commandment still to be kept. Giving honour where honour is due can even determine the length of our days upon the earth.

The Bible also states the importance of husbands and wives loving and honouring each other and Ephesians 5:33 says, “However, let each man of you [without exception] love his wife as [being in a sense] his very own self; and let the wife see that she respects and reverences her husband [that she notices him, regards him, honors him, prefers him, venerates, and esteems him; and that she defers to him, praises him, and loves and admires him exceedingly].”

1 Peter 3:7 shows how dishonour can even affect our prayer lives and it says, “In the same way you married men should live considerately with [your wives], with an intelligent recognition [of the marriage relation], honoring the woman as [physically] the weaker, but [realizing that you] are joint heirs of the grace (God’s unmerited favor) of life, in order that your prayers may not be hindered and cut off. [Otherwise you cannot pray effectively.]”

If you have any area in your life where you can’t make a breakthrough, or if you have an area where success constantly eludes you, it might be worth asking yourself if you are treating others the way you should. Remember that treating others with honour is a biblical success secret we cannot avoid. Our obedience to this commandment directly affects the manifesting power of God in our lives. No matter which way we look at it, we cannot neglect taking this principle of giving honour where honour is due to heart.