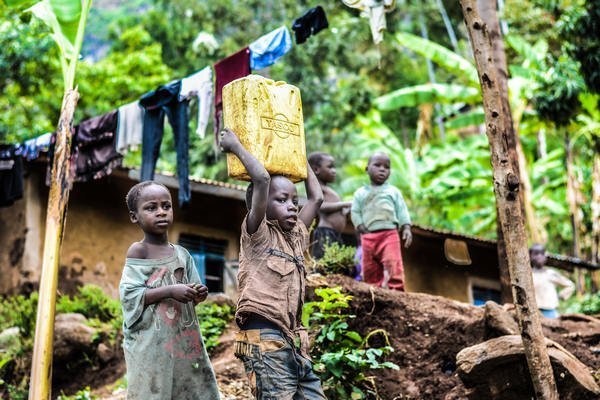 Life is difficult and life is hard. It is usually during the most difficult times when the pressure is on that we begin to fail those around us. In addition, treating people with honour & respect does not always come naturally and very seldom for the person who had years of practice dishonouring and disregarding others instead.

One way to deal with this issue is to practice the flowing of God’s love through us. When we do, honouring people becomes a habit and a joy instead of it being a burden or something that seems like a pipe dream. However, if you really feel you are unable to endure tough times and struggle to align your conduct with God’s love, the principle of doing whatever you do as if unto the Lord will help you change, grow and ultimately succeed in this area.

Colossians 3:23 says, “Whatever may be your task, work at it heartily (from the soul), as [something done] for the Lord and not for men.”

I would like to use an example from my own life to illustrate how this principle can influence our circumstances when applied to our conduct. It was in the beginning of 2011 when I was very concerned about my children’s health. At the time, my youngest one was three years old, my second one was four years old and my oldest one was five, going on six. After conducting extensive tests, my doctor at the time concluded that my children had somehow been exposed to harmful chemicals – probably attributed to the polluted area we lived in. We lived in a city surrounded by industrial factories, and we were diagnosed with an acute case of heavy metal poisoning and various treatment options were considered. However, most of them had serious side-effects with the possibility of causing other long term problems. In the end, we decided to go with what seemed to be the safest and most natural detoxification method.

Together with a whole range of natural supplements, our chosen method required a dose of Alpha Lipoic Acid and Dimercaptosuccinic Acid administered in the following way: three days a week, one capsule to be taken every three to four hours with a minimum of eight capsules within a twenty four hour period. This meant medicating three very young kids at nine o’clock in the evening, one o’clock in the morning, and then at five o’clock in the morning again. The medication is time sensitive and has to be administered on the clock within a ten to fifteen minute window. If you take longer than the allotted time, it is advised to end that week’s medication until the next week’s cycle starts again. I was practically a single parent, and I found myself administering the medication to my children without any help.

Can you imagine what it takes to try and wake up a child at those times? Then multiply the effort by three! Any idea how long it can take to get them fully awake so they can drink their medication? To top it all, one side-effect of the heavy metal poisoning was bed-wetting, which affected the youngest ones the most. So after having administered their medication with water, I had to get up an hour or two afterwards to take them to the loo again. Drinking water in the middle of the night is counterproductive if you want to potty train a child, but the medication required a great intake of water as well. Then, as soon as the sun was rising, I had to get up and get ready for work.

The worst part of it all was that this went on for more than a year. You see, to detoxify heavy metals safely, you cannot use too strong a chelating agent, as this could cause an excessive amount of toxins to become available in the blood with some serious side-effects. So you’ve got to take your time, chelating bit by bit, working at it consistently for as long as it is necessary.

I did not react to this routine very well. My character was tested and challenged like never before and I often found myself treating my kids with disrespect. Sometimes I would get emotionally aggressive with a child just in order to get him or her to become fully awake, so I can get them to drink their medication. If I got up an hour later to take a child to the loo and the bed was already wet, I would show my disapproval in a very irritated tone of voice.

Then the Lord showed me how counterproductive my actions were and how my behaviour was attributing to the problem and not helping to relieve it. I repented and asked the Lord to help me keep it together. The Lord then showed me this principle of doing whatever I do as if unto Him. Essentially, I heard the Lord ask me, “Will you please do this for Me and at the same time be patient with your children? After all, they didn’t ask for this to happen and it is definitely not their fault. They are precious in my sight and I am counting on you to do this for Me.”

The moment I shifted my focus from myself and my own self-pity to my children’s wellbeing and what God requires of me, I immediately experienced the Lord’s grace and His empowerment. This principle of doing whatever you do as if unto the Lord gave me a new desire to treat my children with respect and honour, no matter how tired I felt. After all, Jesus did so much for me by restoring me back to God. If He asked me to do this thing for Him with patience and kindness, it was still nothing compared to the price He paid on my behalf.

Ironically, when I changed my conduct, healing and restoration came much sooner as well. With the change, my kids were (obviously) less nervous. As I complimented them or showed them love in spite of how I felt, they were able to overcome the bed-wetting and other problems in a far less stressful environment.

Another excellent example of how this principle can radically change a situation is from an account by Smith Wigglesworth.

Wigglesworth, who was born in England in 1859, locked his wife out of the house one night because she attended a church service which he didn’t want her to go to. His wife slept outside on the porch in the cold that night. The next morning when he opened the door for her, she greeted him with a smile and asked if she could make him some breakfast.

This Christ-like love with which she responded to the situation shook Wigglesworth to his core. Because of her obedience and willingness to share the love of Christ in such a bold manner, Wigglesworth had a change of heart and became a man referred to by many as the greatest apostle since Paul. The only way I could possibly imagine myself sleeping outside in the cold and still having a merry heart the next day is if Jesus Himself asked me to do so for Him.

Who knows what changes we could be making in this world if we were willing to embrace this principle and do whatever we do as if unto the Lord?

Colossians 3:17 says, “And whatever you do [no matter what it is] in word or deed, do everything in the name of the Lord Jesus and in [dependence upon] His Person, giving praise to God the Father through Him.”

When we keep this commandment in everything we do, success is inevitable.