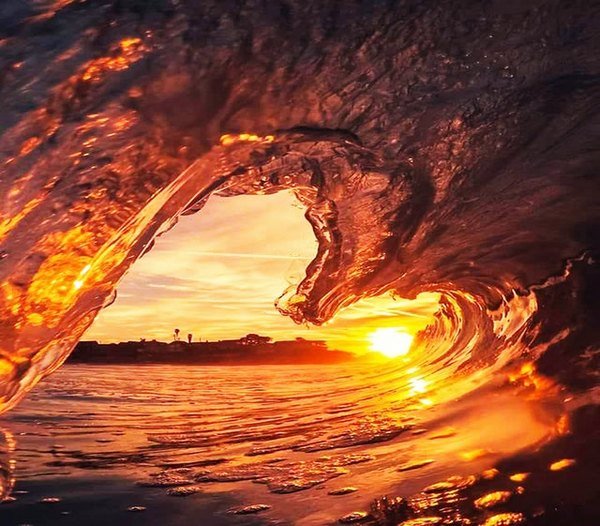 One of the most frustrating things is to share the gospel with someone you care for but who still rejects the message of the cross. Since true Christians are supposed to have a genuine love for all people, the same frustration is experienced when we share the gospel with random strangers or other people we don’t know.

In this post I will share what I believe are the key points on how to reach a sinner’s heart with the gospel of Jesus Christ, effectively.

The State Of Lost People

Before we learn how to reach a sinner’s heart, we need to understand 3 important attributes about people who are lost.

Before you share the gospel with someone, it is worth noting that unsaved people are spiritually dead. I’m not referring to the ‘spiritual enlightenment’ many people claim they have. What I refer to here is the fact that man is born in sin (see Psalm 51:5).

In Genesis 1 and 2 we read how God had placed Adam and Eve in the middle of the garden with the instruction to tend to it, to guard it and to keep it. God also said that if they sinned they would die.

Instead of obeying God, Adam and Eve obeyed Satan. As they placed Satan above God, sin severed the relationship there was between God and Man.

As I explained in my book How To Evangelise Effectively, when they sinned, Adam and Eve – together with all their future unborn children – died an instant spiritual death.

After this, Genesis 5:3 says Adam had a son in his own likeness. Keep in mind that Adam was now spiritually dead. The first Adam’s nature had changed because of sin.

Since the rest of us are all direct descendants of Adam, we were also born into sin with the same spiritually dead nature which Adam was left with when he sinned.

This is why Jesus said that unless we are be born-again, we cannot enter the kingdom of heaven (see John 3:3).

The second thing we need to know is that one of the main reasons why people reject the gospel, is pride (see The Heart Of The Problem Is Pride). This is also one of the reasons why it is so difficult for people to come to salvation.

The Bible teaches that God resists the proud, but gives grace to the humble (see James 4:6 and Proverbs 16:5).

If we want to share the gospel with someone effectively, we need to use the tools God provided so the Holy Spirit can bring conviction by breaking down the unsaved person’s pride.

This pride is what stands in the way of a person’s salvation, as God resists the proud but gives grace to the humble.

Not all people appear to be proud at heart, but pride can also manifest in the form of false humility. Ultimately only God knows whether a person is proud at heart or not. The important thing to know is that it is pride that causes God to resist a person to come to Him.

The right tools and message will cause a person to humble himself before God, and God gives grace to the humble.

Unsaved People Are Enemies Of God

It might be a hard truth to swallow, but unsaved people are, in fact, enemies of God.

Romans 5:10 says, “… while we were enemies we were reconciled to God through the death of His Son…”

Why are unsaved people enemies of God?

Even so, God loves all people and want them to be saved, but it has to happen on His terms, and not ours (see God’s Terms Of Redemption).

Breaking Through The Pride

Since it is a person’s pride that stands between them and their salvation, we need to bypass the mind, which is hostile towards God, and reach straight for the heart and conscience to break down the pride.

The way we reach the heart and conscience is by making use of God’s Moral Law.

The Law Leads A Person To Christ

King David understood the purpose of the Law, and in Psalm 19:7 (KJV) he wrote, “The law of the Lord is perfect, converting the soul…”

Galatians 3:24 explains to us how the Law has become our schoolmaster to lead us to Christ.

Since Satan does not want us to know this, I will now repeat this line for emphasis:

In the Greek, the word translated as “was” is ginomai, and it can also mean to become, or to come into being. This is why some translations like the Amplified Bible use the present continues tense instead of referring to the past: “… the Law has become our tutor and our disciplinarian to guide us to Christ, so that we may be justified [that is, declared free of the guilt of sin and its penalty, and placed in right standing with God] by faith.”

Since the Law of the Lord is perfect, converting the soul, it makes sense that the Law has now become our tutor and our disciplinarian – our schoolmaster – to lead us to Christ.

The Balance Between Law And Grace

We live in a time where preachers and Christians in general love to major on the topic of grace. I suspect this is primarily because it is uncomfortable to talk about God’s Moral Law, sin, and the punishment for sin. In short, we don’t want to offend.

However, to omit God’s Moral Law, the seriousness of sin and the need for repentance from the message of grace, is to present a sugar-coated false gospel which renders our evangelistic efforts ineffective.

Paul warned in 2 Timothy 4:3 that the time will come when people will not “tolerate sound doctrine and accurate instruction [that challenges them with God’s truth]; but wanting to have their ears tickled [with something pleasing], they will accumulate for themselves [many] teachers [one after another, chosen] to satisfy their own desires and to support the errors they hold.”

I believe we live in this time where people flock to hear sermons that focus primarily on prosperity and grace, but omit the seriousness of sin and the reason why we need the grace to begin with.

The scale between law and grace has become completely unbalanced, and sinners love to hear the good, but they don’t want to hear the bad.

In short, they don’t want to hear the truth.

The Wages For Sin

Why is it that people die?

The Bible says in Romans 6:23 that the wages for sin, is death. In other words, we earned it.

The Bible also teaches that the penalty for sin is eternal separation from God in hell.

Many people believe they are good people, not deserving of hell or any form of hard punishment. They believe they are trustworthy, hardly ever steal anything, don’t commit adultery nor have they murdered anybody before.

However, Jesus came and exposed the lie that we are all good people. The Bible uses the Moral Law of God to show us our guilt and our need for salvation.

Revelation 21:8 as well as 1 Corinthians 6:9-10 says all liars, thieves, adulterers and murderers – just to name a few – cannot go to heaven but will have their part in the lake of fire.

Never killed anyone before?

Jesus said you don’t have to kill anyone to qualify for hell. By merely saying derogatory things to someone, you are already in danger of hell. That ought to take the wind right out of any person’s sails. Who can say they have always uttered only good and pleasant thoughts about someone else?

Do you think you’re a good person because you have never committed adultery before?

In Matthew 5:27-28 Jesus said, “You have heard that it was said, You shall not commit adultery. 28But I say to you that everyone who so much as looks at a woman with evil desire for her has already committed adultery with her in his heart.”

Again, that ought to stop anyone dead in their tracks. Who can say they have never looked at someone with lust?

Grace To The Humble

The biblical principle is that God resists the proud, but gives grace to the humble.

God’s Moral Law shows the sinner they are guilty before a holy God.

The Law written on our hearts works with the conscience, which testifies of our guilt before God.

The severe punishment for sin leaves us in desperate need of a Saviour (see God Is A Judge).

When pride has been broken down, God no longer resists the proud but gives grace to the humble.

As we see our need for a Saviour, the message of the cross is no longer foolishness but an undeniable necessity.

This is the principal purpose of the Law and its most valuable contribution. As long as a person is not a murderer, adulterer, thief, he would swear that he is righteous. How is God going to humble such a person except by the Law? The Law is the hammer of death, the thunder of hell, and the lightning of God’s wrath to bring down the proud and shameless hypocrites. When the Law was instituted on Mount Sinai it was accompanied by lightning, by storms, by the sound of trumpets, to tear to pieces that monster called self-righteousness. As long as a person thinks he is right he is going to be incomprehensibly proud and pre-sumptuous. He is going to hate God, despise His grace and mercy, and ignore the promises in Christ. The Gospel of the free forgiveness of sins through Christ will never appeal to the self-righteous.

The Most Important Ingredient

When we grasp the methods God designed to humble a prideful heart and to bring them to repentance, we must never forget the most important ingredient as we reach out to the lost:

When love for the unsaved is not the driving force behind everything we do, we are merely clanging symbols whose sound is falling on deaf ears.

When you reach out to someone and talk to them about salvation, ask the Holy Spirit to direct your conversation so you can have a healthy balance between Law and Grace. But most importantly, love them with a sincere love of Christ.

Consider the love David Brainerd had for the unsaved when he said,

I care not where I go, or how I live, or what I endure so that I may save souls. When I sleep I dream of them; when I awake they are first in my thoughts…no amount of scholastic attainment, of able and profound exposition of brilliant and stirring eloquence can atone for the absence of a deep impassioned sympathetic love for human souls.