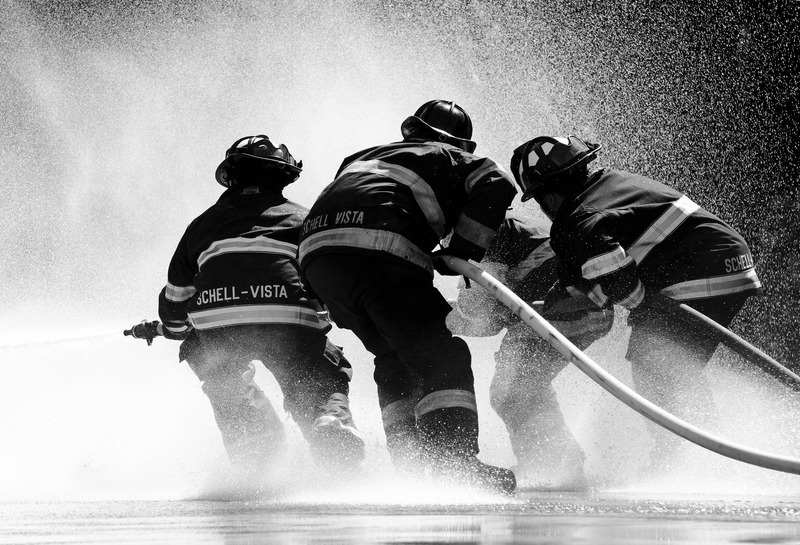 The Bible very clearly differentiates between only two classes of people. These are the saved and the unsaved; the spiritual man and the natural man. 2 Peter 3:9 says “The Lord does not delay and is not tardy or slow about what He promises, according to some people’s conception of slowness, but He is long-suffering (extraordinarily patient) toward you, not desiring that any should perish, but that all should turn to repentance.” It is clear that God wants everybody to be saved. In Deuteronomy 30:19 we are presented with the choice, “I call heaven and earth to witness this day against you that I have set before you life and death, the blessings and the curses; therefore choose life, that you and your descendants may live…” If you choose life by accepting Jesus Christ as your personal Lord and Saviour, you are already a 100% more successful than those who don’t.

The Bible makes it very clear that all have sinned and fallen short of the glory of God, regardless of their wealth or social status. Since all have sinned, all have incurred the death penalty. Since those with a death penalty have no eternal or godly life in them, it is clear that true success is dependent upon having this death penalty cancelled.  This is the same as being born-again and restored to God. Since the Bible makes it very clear that Jesus legally paid the death penalty on our behalf, trusting in Him and repenting of sin is the only legal grounds that God has to forgive us this outstanding debt. The minutiae of this legal transaction are discussed in other posts on this site.

When you became born-again, you conquered spiritual death and stepped into eternal life with God, made spiritually alive in Christ. It must be made clear that not attaining spiritual life – to be eternally separated from God – is the biggest catastrophe that could occur to any human being. If becoming born-again is the only social status a person ever achieves, he or she should be content, knowing there is no amount of earthly success to compare with this everlasting victory over death.

This is the first and foremost calling in our lives. We are called to choose life. We are called to be transformed from being natural to spiritual; from unsaved to saved. We are called to accept the price Jesus paid on our behalf, to have our death penalty cancelled and to step into a relationship with God. This is in line with the purpose for which we were created, making it the most important decision any human being could ever make.

Secondly, we are called to be holy. Salvation and the pursuit of holiness go hand in hand. The Bible very clearly teaches that without repentance there is no salvation. We are called to grow in holiness by turning our backs on sin and to embrace and keep the Lord’s commandments instead. The reason for this is obvious: since it was sin that destroyed man’s relationship with God, we cannot embrace our first calling while maintaining a sinful lifestyle. By grace we have been saved, but the proof of our salvation is our desire to avoid sin and cultivate our restored relationship with God. We cannot separate our first calling from the second.

All other callings spring forth from the first two callings. It is essential to have a sound understanding of these two, because a corrupted or contaminated view will cloud our judgement and cause us to lose sight of the importance of our third and subsequent callings.

Adam was called to tend, guard and keep the Garden of Eden. He was also called to replenish the earth and subdue it. After Adam sinned, we see a new calling given to Noah. God was about to cause a flood and pour out His wrath on all the inhabitants of the earth as judgement on their sin. Noah was instructed to build an ark and the whole human race was to be preserved through his obedience. When the flood ended and the waters subsided, a new calling was given to Noah: multiply, replenish and rule the earth. A few generations later, we see another calling given to Abraham: become the father of nations and through your seed all the nations of the earth shall be blessed.

This calling given to Abraham was passed on to his sons for generations to come. The promise of the Messiah was to be preserved through this lineage. This remained the primary calling of all Abraham’s descendants, until it was fulfilled 2,000 years ago in the life of Jesus Christ. Of course they had other callings as well. For example, King David laid down the plans for the building of the Temple. He also collected the money so that this enormous task could be carried out by his son. After King David died, King Solomon took up his new calling of ruling Israel and completing the Temple. However, the primary focus was still to see the realisation of the promise of the Messiah, as another guarantee was given in Jeremiah 33:17, “For thus says the Lord: David shall never fail [to have] a man [descendant] to sit on the throne of the house of Israel,” referring to the Messiah that would come from David’s lineage.

After the fulfilment of the promise of the Messiah 2,000 years ago, Jesus gave us our new and third calling in Matthew 28:19-20, “Go then and make disciples of all the nations, baptizing them into the name of the Father and of the Son and of the Holy Spirit, 20Teaching them to observe everything that I have commanded you…” We will only take this new calling to heart when we understand the purpose we have been created for. God wants no one to perish. Since my death penalty has been cancelled by such amazing grace, I can’t help but have an intense desire to do my part in helping God – the Almighty Creator of the whole universe – realise His dream of having a family. After what He has done for me, it is the least I can do for Him. And since we can’t realise our purpose without being true to our first and second callings, Jesus instructed us to teach the whole world this message of how salvation can be obtained. He also instructed us to teach His commandments. Those who do not keep His commandments are those who are still in rebellion against God. The test to see who remain rebellious, even after becoming born-again, lies in the keeping of the Lord’s commandments. This includes the commandment to preach the gospel to the whole world – the Great Commission – as our third calling.

We must never lose sight of our three primary callings in life. Any subsequent callings must always be in line with the first three. If I believe I am called to be a millionaire, famous, a father, a husband or a person of great influence, then I must be that person while I continually ensure what I do:

There is a fourth calling awaiting us, but it is reserved for those who will remain faithful to the end. 1 Thessalonians 4:16-17 says “For the Lord Himself will descend from heaven with a loud cry of summons, with the shout of an archangel, and with the blast of the trumpet of God. And those who have departed this life in Christ will rise first. 17Then we, the living ones who remain [on the earth], shall simultaneously be caught up along with [the resurrected dead] in the clouds to meet the Lord in the air; and so always (through the eternity of the eternities) we shall be with the Lord!” Those who remain true to their allegiance with Christ will be called to rise and meet Him in the sky, and to live with Him forever.

After that, who knows what incredible plans God has in store for us? Paul said in 1 Corinthians 2:9 “But, on the contrary, as the Scripture says, What eye has not seen and ear has not heard and has not entered into the heart of man, [all that] God has prepared (made and keeps ready) for those who love Him [who hold Him in affectionate reverence, promptly obeying Him and gratefully recognizing the benefits He has bestowed].” Amongst other things, we will be called to reign on the earth in the Millennium and in the New Earth forever, together with Christ. Revelation 5:9-10 says “And [now] they sing a new song, saying, You are worthy to take the scroll and to break the seals that are on it, for You were slain (sacrificed), and with Your blood You purchased men unto God from every tribe and language and people and nation. 10And You have made them a kingdom (royal race) and priests to our God, and they shall reign [as kings] over the earth!” Revelation 20:6 says “Blessed (happy, to be envied) and holy (spiritually whole, of unimpaired innocence and proved virtue) is the person who takes part (shares) in the first resurrection! Over them the second death exerts no power or authority, but they shall be ministers of God and of Christ (the Messiah), and they shall rule along with Him a thousand years.”

These things are included in the Bible to encourage us to stay strong in our faith and to endure until the end. For now we must watch and guard ourselves to ensure any form of success we wish to pursue, must always line up with our current, primary callings until the Messiah returns for us. If we do not, then true biblical success will elude us and we put the realisation of the purpose we were created for at risk, as well as any other eternal callings waiting for us.