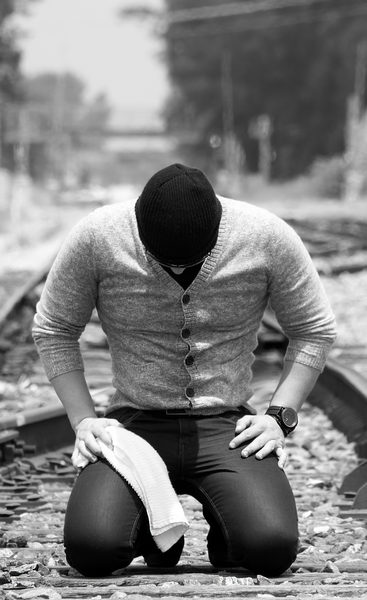 While many people today will die for a cause they believe in, the Disciples died for what they had personally witnessed to be true, and what they were convicted off based on how this truth changed them from the inside out.

In the introduction to this series of posts (see The Preposterous Claim Made By Jesus) I mentioned that we know from church history that the Disciples of Christ were severely persecuted for their faith in Him. To recap, here is what happened to them:

If following Jesus came with such a high price, why did the Disciples not abandon their faith? Why were they willing to endure such persecution for the sake of one Rabbi who claimed to be the only way to God and heaven?

The answer is found in the resurrection of Jesus Christ. Before Jesus was crucified, He claimed that He would rise from the dead on the 3rd day. Matthew 16:21 says,

“From that time on Jesus began to show His disciples [clearly] that He must go to Jerusalem, and endure many things at the hands of the elders and the chief priests and scribes (Sanhedrin, Jewish High Court), and be killed, and be raised [from death to life] on the third day.”

Jesus was talking about a physical death, and a physical resurrection. It had to be a claim so preposterous that no one would be able to falsify it or interpret His words in any other philosophical way. It also had to be a claim that would support His statement about being the only way to Heaven. If Jesus wasn’t serious about who He claimed to be, and if He didn’t really come to pay for the sin of the whole world, then He wouldn’t have said He would be resurrected physically. Also, if He claimed He was the only way but didn’t rise from the dead, His words together with His entire ministry on earth would have lost all credibility.

In other words, He literally put everything on the line!

And yet, because of the resurrection, there was no doubt in the minds and hearts of those who had personally encountered Him before as well as after His crucifixion. The Disciples of Christ did not merely act on what they heard people say about who Jesus was. The Disciples of Christ did not choose to be martyred just for the sake of making a political or religious statement. Instead, they were eyewitnesses to His life, death and also His resurrection. In 1 Corinthians 15:5-6 Paul explained that after the resurrection Jesus appeared to Peter and then to the rest of the Disciples and…

“After that He appeared to more than five hundred brothers and sisters at one time, the majority of whom are still alive…”

Paul continued in verses 7 and 8 to explain that after that, Jesus appeared to James, then to all of the apostles, and finally to Paul himself as well.

Peter, one of the Disciples of Jesus, also testified how he and the other Disciples were personal eyewitnesses to the resurrection of Jesus. In Acts 10:39-43 Peter said,

“We are [personally] eyewitnesses of everything that He did both in the land of the Jews and in Jerusalem [in particular]. They also put Him to death by hanging Him on a cross; 40God raised Him [to life] on the third day and caused Him to be plainly seen, 41not to all the people, but to witnesses who were chosen and designated beforehand by God, that is, to us who ate and drank together with Him after He rose from the dead. 42He commanded us to preach to the people [both Jew and Gentile], and to solemnly testify that He is the One who has been appointed and ordained by God as Judge of the living and the dead. 43All the prophets testify about Him, that through His name everyone who believes in Him [whoever trusts in and relies on Him, accepting Him as Savior and Messiah] receives forgiveness of sins.”

“For we did not follow cleverly devised stories or myths when we made known to you the power and coming of our Lord Jesus Christ, but we were eyewitnesses of His majesty [His grandeur, His authority, His sovereignty]”

When Peter was confronted with a martyr’s death because of his unpopular testimony, it is widely accepted that he chose to be crucified upside down. The belief is held that he chose this because he did not feel worthy to die in the same manner as his Lord, Jesus Christ did.

We can literally write books about why we can confidently say Jesus died and was resurrected. The evidence, when studied carefully, is staggering to the imagination. However, to do so would actually shift the focus from the implications of these testimonies. While it is true that Peter, Paul, John and others suffered severe persecution for sharing their faith and for proclaiming the resurrection of Jesus, we should not forget that they were compelled to do so by a much deeper conviction than to merely win an argument.

While many people today will die for a cause they believe in, the Disciples died for what they had personally witnessed to be true, and what they were convicted off based on how this truth changed them from the inside out. They experienced what it truly meant to be forgiven from sin, and they desperately wanted to share this with the whole world, in love, wanting not one person to end up in hell for violating the Moral Law of a Holy, perfect and just God. They experienced what it meant to become born again. They were bearing the fruit of true repentance. David said in Psalm 51:10-14,

“Create in me a clean heart, O God, And renew a right and steadfast spirit within me. 11Do not cast me away from Your presence And do not take Your Holy Spirit from me. 12Restore to me the joy of Your salvation and sustain me with a willing spirit. 13Then I will teach transgressors Your ways, and sinners shall be converted and return to You. 14Rescue me from bloodguiltiness, O God, the God of my salvation; Then my tongue will sing joyfully of Your righteousness and Your justice.”

In addition to the witness accounts of those in the Bible, there are millions of people around the world who can also testify of what God has done for them through Jesus Christ. When a person experiences the unspeakable joy of what it means to be truly forgiven of sin, sharing the good news of what you experienced with others becomes an automatic response.

God’s desire for a lost world to be saved becomes your desire as well, and you cannot help but tell others. Those who have experienced the weight of sin lifted from their shoulders have unspeakable gratitude for what Jesus did on the cross on their behalf. It is out of this place of gratitude where a deep concern for others are born because we don’t want them to end up in hell without having had the opportunity to repent and trust in the Saviour – Jesus Christ.