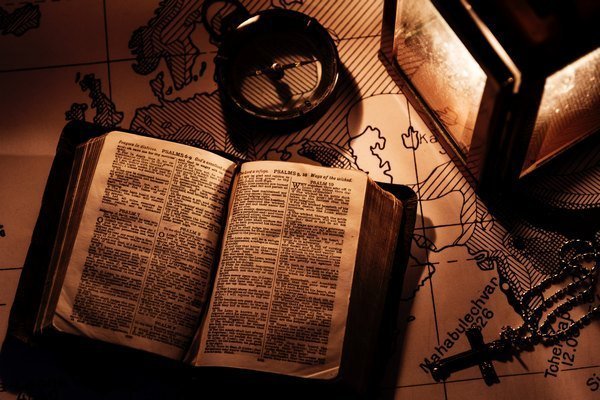 If Christians and the Church would take this commandment to seek first the Kingdom to heart, the world would notice a transformation in the Body of Christ like never before.

In a previous post we talked about how important it is to Commit Your Plans To The Lord & Develop A Clear Sense Of Direction. Once a clear sense of direction in accordance with God’s plans for our lives has been established, it is important this takes priority over any other dreams or aspirations we might have.

The challenge, however, lies in balancing everything else we have to do with that which God has called us to do.

Obviously there are important things like spending time with your wife and kids, maintaining relations with relatives and tidying the house, just to name a few. However, we must never lose sight of that which is most important and then prioritise our lives and the goals we work toward accordingly.

In Matthew 6:33 we read, “But seek (aim at and strive after) first of all His kingdom and His righteousness (His way of doing and being right), and then all these things taken together will be given you besides.”

I’m not saying we should not spend time with family, or neglect our duties around the house. I’m saying when we don’t get time to expand the Kingdom of God and when we fail to work at the plans we have committed to Him, we need to re-prioritise our lives.

We can certainly watch less television. We don’t need to check Facebook or Twitter every thirty minutes. Chores around the house don’t have to take up all our time because we are being perfectionists. Planning our time better so we only go to the shops once a week instead of two or three times, will add much more free time to our weekly schedule.

Discern What Is Needed

When Jesus visited a certain house and taught there, the hostess Martha was very upset because her sister didn’t help her serve the guests as she expected her to. Instead, her sister chose to listen to what Jesus had to say.

This is what Jesus said to the hostess in Luke 10:40-42, “But Martha [overly occupied and too busy] was distracted with much serving; and she came up to Him and said, Lord, is it nothing to You that my sister has left me to serve alone? Tell her then to help me [to lend a hand and do her part along with me]! 41But the Lord replied to her by saying, Martha, Martha, you are anxious and troubled about many things; 42There is need of only one or but a few things. Mary has chosen the good portion [that which is to her advantage], which shall not be taken away from her.”

Choosing the Kingdom of God above all else is choosing the good portion.

When we embrace this principle of seeking the Kingdom of God first, we also embrace our calling to reach out to the lost. When we do, God can work in our lives mightily, according to the promises of His riches in glory in Christ Jesus (see Philippians 4:19).

Too Many Bible Studies

I recently spoke to someone about the importance of seeking the Kingdom first by sharing our faith with the lost. I told her I believe Jesus will be very upset with many Christians when He returns. I told her Jesus asked us to preach the gospel to the world, but very few have taken this Great Commission to heart.

She then told me the problem is that we move in our exclusive circles; having a Bible study here, having a prayer session there, all playing church and playing ‘good Christian’, but with no opportunity to speak to others about salvation.

I told her she had explained the problem perfectly.

We are so busy playing church we neglect our calling. I’m not saying we shouldn’t have Bible studies, but why don’t we have more outreaches instead? What good is studying the Bible if we don’t practice what it teaches?

Yes, we all have busy lives, bills to pay and probably Bible studies to attend. However, by neglecting the important things like reaching out to the lost, we are disobeying the commandment to first seek the Kingdom of God above all else.

Since success for the Christian is linked to his faithfulness in executing this commandment, is it any wonder there are so many Christians not experiencing success in their lives? A busy life is no excuse, as most of us are only as busy as we have allowed ourselves to become. At the very least, all Christians are able to carry around packs of gospel tracts and hand them out everywhere they go. At the very least, every Christian can give money to an organisation faithful to this calling of reaching out to the lost.

A Thorn In The Flesh

Being faithful to the principle or commandment to first seek the Kingdom of God can change a person and his circumstances. For many years I struggled with issues in my life with no breakthrough or success. I struggled with behaviour problems that negatively affected me and those around me. I had some anger management issues and no matter what I tried, I was unable to overcome those issues.

When I became sold-out for Christ, unfortunately those behaviour problems didn’t go away by themselves. I still felt like I was being controlled by my old nature and it seemed my prayers to be delivered remained unanswered.

At the same time I had an intense desire to witness to people and share the good news with them. However, I was told by my pastor and other people that I could not do so before I salvaged my relationship with my loved ones. I was really discouraged, as I didn’t see any hope for my own proverbial ‘thorn-in-the-flesh’.

I took the advice of my pastor, but the more I tried to sort out my own issues, the worse they became.

In the end I realised the Kingdom of God was suffering because I was ‘prohibited’ from embarking on my own calling to share my faith with the lost.

Paul said in Romans 7:15, “For I do not understand my own actions [I am baffled, bewildered]. I do not practice or accomplish what I wish, but I do the very thing that I loathe [which my moral instinct condemns].” I realised that, like Paul, I also struggled with many works of the flesh.

Obviously there is no excuse for sin and the call to be holy should be taken seriously at all times. But…

… to neglect all our callings and duties because we fail in one or even many other areas, is like saying I can’t rescue a person who is drowning because my boat is leaking oil.

Yes, a boat leaking oil is a problem, but nobody in their right mind would care about a little oil spillage if it saved a life – least of all the person who was drowning.

We come up with many excuses why we can’t reach out to the lost. Do we really think we will be justified when we say to God, ‘I’m sorry Jesus, while there are many people who are lost and burning in hell forever, please understand I was unable to reach out to them when I had a chance, because I was unable to be a good husband to my wife’?

Which scenario is better, a person who struggled with a particular sin for his whole life, but led thousands to Christ in spite of his sin, or the person who didn’t do anything for the Kingdom of God, because he felt his sin prevented him from doing so?

While we should make every effort to overcome the sin and strongholds in our lives, when we find we are unable to do so is exactly the right time to embrace this commandment with even more determination.

Stepping Out In Faith

In spite of all the bad things still in my life, I started to share my faith with those I worked with on a regular basis.

When I ran out of people to talk to at the office, I started to see my lunch-breaks as an opportunity to literally ‘go into the world and preach the gospel.’ I would walk out of the office into the streets and find someone I could speak to about salvation. I also started to carry gospel tracts with me, distributing them everywhere I went.

I said to the Lord I would step out in faith and share the Good News of the Gospel in spite of my sin. In turn I would trust Him for complete deliverance from all the bad in my life.

The moment I did this, I began to see positive changes in my character. Slowly but surely I started to feel God’s hand of deliverance as I began to overcome the negativity in my life.

You see, Romans 8:28 says, “We are assured and know that [God being a partner in their labor] all things work together and are [fitting into a plan] for good to and for those who love God and are called according to [His] design and purpose.”

Growing in holiness is a process. Philippians 1:6 says that “He who has begun a good work in you will [continue to] perfect and complete it until the day of Christ Jesus.” We should not neglect to seek first the Kingdom of God because we are not yet where we should be.

If Christians and the Church would take this commandment to seek first the Kingdom to heart, the world would notice a transformation in the Body of Christ like never before.