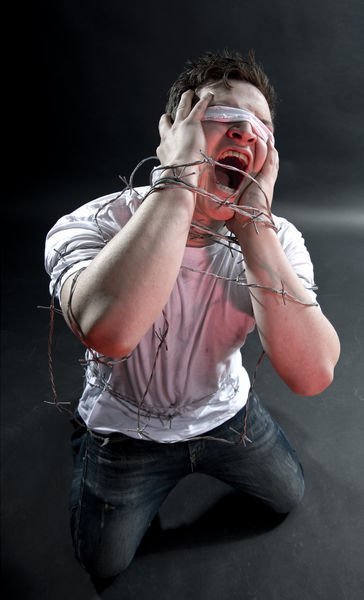 We continue with our series of posts on Why Jesus Said He Is The Only Way To Heaven. As a reminder, it is not our aim to make the claim ourselves, but rather to investigate why Jesus had made this claim.

In the previous post we looked at the fact that all of us have violated God’s Moral Law, and that this leaves Man with a problem because of the fact that God Is A Judge.

While the violation of God’s Moral Law through our sin is what makes us guilty before the Lord, we need to understand that our sin is only a symptom of a much bigger problem. To properly understand the problem, we need to look at the creation and fall of man with a fresh perspective. Here are 10 key points to better understand the root of man’s problem:

1. God Created Man In His Image

Furthermore, it is important to note that Adam was a direct descendant of God Himself.

2. God Created Man For A Purpose

God had habitual fellowship with them, and there was nothing standing between man and God. While man was created for God’s glory, man was also created to be part of God’s eternal family.

God placed man in the middle of a garden which he had to guard, keep and tend to. God also gave Adam his first commandment, as He instructed him not to eat from the fruit of the tree of the knowledge of good and evil. The instruction came with a warning, and God told Adam he would surely die if he ate of it.

Unfortunately Adam did not do a very good job at guarding and keeping the garden, nor did he obey the first commandment. Satan tricked Adam and Eve into sinning, and instead of obeying God they obeyed Satan.

As they placed Satan above God, sin severed the relationship there was between God and Man. As a result of their disobedience, Adam and Eve – together with all their future unborn children – died an instant spiritual death. Romans 6:23a says,

“For the wages of sin is death…”

6. From Freedom To Enslavement

“Do you not know that if you continually surrender yourselves to anyone to do his will, you are the slaves of him whom you obey, whether that be to sin, which leads to death, or to obedience which leads to righteousness (right doing and right standing with God)?”

7. Adam’s Children Were Born Into Sin

“I was brought forth in [a state of] wickedness; In sin my mother conceived me [and from my beginning I, too, was sinful].”

When Adam and Eve became slaves to sin, they no longer looked like God. They had lost their godly nature. As they bowed their knee to Satan, he became their new father and they took on the nature and image of Satan instead. This became true for all their future children as well. This is why Jesus said in John 8:44a,

“And you were dead in the trespasses and sins 2in which you once walked, following the course of this world, following the prince of the power of the air, the spirit that is now at work in the sons of disobedience— 3among whom we all once lived in the passions of our flesh, carrying out the desires of the body and the mind, and were by nature children of wrath, like the rest of mankind.”

9. The Evidence Of Our Sinful Nature

David said he was sinful, even from the day he was born (from his beginning). The same sinful nature is evident in us today. Nobody needs to teach a child how to lie. Lying comes naturally to us all, and we have to teach a child not to lie instead. The same goes for the rest of God’s Moral Law.

10. Why Man Needs A Saviour

There are 3 primary reasons why Man needs a Saviour:

“I assure you and most solemnly say to you, unless a person is born again [reborn from above—spiritually transformed, renewed, sanctified], he cannot [ever] see and experience the kingdom of God.”

It is this sinful nature which we must be redeemed from. In the next post we will look at God’s plan of redemption.

Read Next: God’s Plan Of Redemption