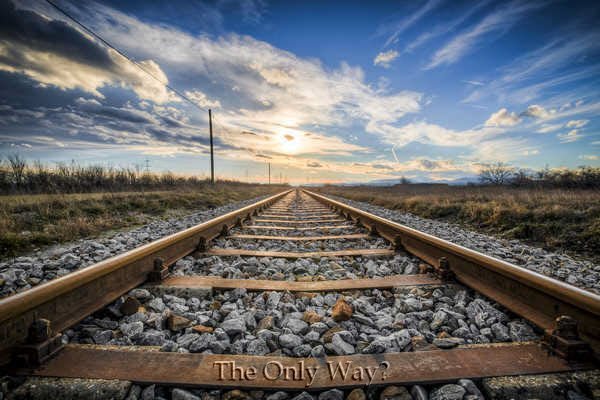 It was around 30 – 33 A.D. when a man who was known as Jesus of Nazareth made an unprecedented and highly controversial claim: He claimed that He was the only way to God, and that no one could go to heaven unless they went through Him. In addition, Jesus also claimed that He had the power to forgive sin, a claim no other person before Him had ever dared to make. No wonder He was crucified!

In March 2017, a British court convicted two street preachers for preaching the Bible in public. The prosecutor in the case told the court that preaching Jesus as the only way to God cannot be truth. The prosecutor also claimed that publicly quoting certain passages from the King James Bible in ‘modern Britain’ should be ‘considered abusive’ and handled as a criminal matter.

A few years ago I watched an excerpt from an episode from the Oprah Winfrey Show. The video clip showed Oprah having a debate with a Christian lady, who was trying to explain to Oprah that Jesus is the only way to heaven. Oprah’s response was, not surprisingly, one where she categorically rejected the notion saying that Jesus cannot be the only way.

Unfortunately, even Christians sometimes struggle to confidently convey this foundational principle of Christianity. For example, Joel Osteen who is the Senior Pastor of one of the biggest churches in the world, has been in the news more than once where he directly or indirectly denied that Jesus is the only way.

Yet, the quest for finding an answer to the problem of sin and who gets to go to heaven seems to be as old as history itself. In 500 B.C., Socrates said to Plato, ‘It may be that the Deity can forgive sins, but I do not see how.’ In the Islamic faith, the Qur’an says in Surah 10:54, ‘Every soul that hath sinned, if it possessed all that is on earth, would fain give it in ransom,’ meaning that even the whole world is not enough to pay for a man’s sin. Mahatma Ghandi, who was greatly influenced by Hinduism, acknowledged that in spite of his good works and moral lifestyle he was still not able to overcome the problem of sin. Ghandi admitted, ‘It is a constant torture to me that I am still so far from Him whom I know to be my very life and being. I know it is my own wretchedness and wickedness that keeps me from Him.’ Jesus, however, claimed to be the answer to the problem called sin.

We live in a day and age where there is a great push towards tolerance for all opinions and views – except, ironically of course, for any views that differ from the views of those who push for ‘tolerance’. Christians who then struggle to convey why they believe that Jesus is the only way, often find themselves branded as intolerant towards those who do not share this view.

The early Christians, including the disciples of Jesus, had such conviction that Jesus was the only way to heaven that not even death could make them depart from their faith. From church history we know that in A.D. 54, Philip was stoned to death in Phrygia. We also know that in A.D. 63, John was exiled to the Isle of Patmos, and James was clubbed to death in Jerusalem. In A.D. 64, Mark was dragged to death while Barnabas was burned to death. In A.D. 69, Peter was crucified upside down and Paul was beheaded in Rome. In A.D. 70, Andrew was crucified, Matthew was beheaded and Thomas was speared to death. In A.D. 93, Luke was hanged in Greece. They endured persecution for the sake of the gospel, even unto death. While many people today will die for what they believe in, the disciples of Christ died because of their conviction derived from a personal encounter with Jesus. Yet, Christians today can’t stand by what they believe because they are too afraid they will offend someone, even in cases where there is no real danger of severe persecution.

I believe the biggest reason for this is because many Christians do not have a strong enough conviction themselves about who Jesus is, let alone that He is the only way to heaven. Therefore, it is my hope to cover this topic in a series of posts with the following in mind: The first, as already mentioned, is to communicate to the reader exactly why Jesus made such a preposterous statement. Secondly, to equip and empower the reader to be able to explain in an undeniable manner why Jesus is the only way.

To present a case for this claim, we will look at the Bible for answers. After all, it is in the Bible where Jesus’ words are recorded, and it is in John 14:6 where Jesus said,

While there are many who believe the Bible has been changed or altered and therefore not a reliable source, we need to understand that there are different versions in different languages to help people understand the original text, but ultimately the crux of the content is still the same. In fact, the great discovery of the Dead Sea Scrolls is proof that the Bible has not changed. The Bible also boasts with a 100% accurate prophecy record, which is unparalleled by any other person or book.

I therefore encourage the reader to approach this topic with an open mind. It is not my objective to convince anyone that Jesus is the only way. Investigate the evidence carefully, and listen to your heart and conscience as you decide for yourself whether there is any merit in Jesus’ claims.

All the posts in this series will appear under the category called “Why Jesus Said He Is The Only Way” Read Next: Where Did All The Good People Go