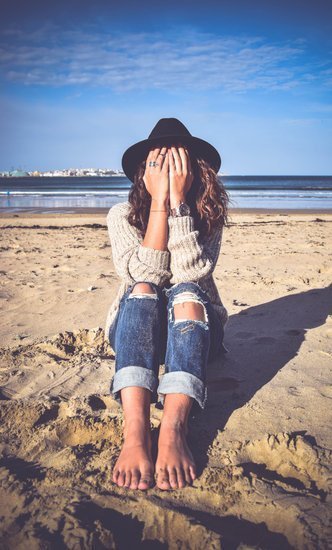 Whenever this question is asked, “What is the purpose of man’s existence?”, you can be sure to get all sorts of answers.

The most common ones are “to have fun”, “to enjoy life”, “to make a success of the life I was given”, “to praise and worship God” and many similar replies.

Could the purpose of my existence really be “to have fun”? These answers sound more like things we do while we are here, with our true purpose being far more significant than just having fun.

In Psalm 8:5 the Bible says, “Yet You have made him but a little lower than God [or heavenly beings], and You have crowned him with glory and honor.”

In the original Hebrew language, the word used for God or heavenly beings in this instance is “Elohim’”, one of the Hebrew names for God. One of the meanings of this word is God the Creator. In other words, He has created us just a little lower than God the Creator, yet in His creative image.

This places man in another class, as man has two qualities surpassing those of other created beings. He can create, and he can have fellowship and communion with God in a way no other being is able to.

This is why God gave Adam dominion over the earth in Genesis 2, in order for him to replenish it and exercise his creative power in it.

It is also why we see God walking in the garden in Genesis 3, looking for Adam after he had sinned. No doubt Adam and his wife were expecting God’s usual visit, but this time they hid themselves because of their shame. They had enjoyed habitual and intimate fellowship with God, but when God expelled them from the garden because of their sin, they also lost this personal relationship with God.

Since that time God has been at work with one primary goal in mind: restoring this relationship through the salvation of mankind (see John 5:17). This is because God desires a family and wishes to see the realisation of the very purpose He created Adam for in the first place.

The book of Ephesians discusses the purpose for which we have been created in great detail. In Ephesians 1:5 we read, “For He foreordained us (destined us, planned in love for us) to be adopted (revealed) as His own children through Jesus Christ, in accordance with the purpose of His will [because it pleased Him and was His kind intent].”

In verses 9 and 10 this matter is made plain: “Making known to us the mystery (secret) of His will (of His plan, of His purpose). [And it is this:] In accordance with His good pleasure (His merciful intention) which He had previously purposed and set forth in Him, 10[He planned] for the maturity of the times and the climax of the ages to unify all things and head them up and consummate them in Christ, [both] things in heaven and things on the earth.”

Romans 8:29 sheds more light on the original intent and purpose for the creation of man as well. “For those whom He foreknew [of whom He was aware and loved beforehand], He also destined from the beginning [foreordaining them] to be molded into the image of His Son [and share inwardly His likeness], that He might become the firstborn among many brethren.”

God wants a family of people with whom He can have fellowship and an intimate relationship, who He created in His likeness and moulded into the image of Jesus Christ.

This brings us to a vitally important aspect of this realisation. In Revelation 12:9 we read about the rebellious army that revolted against God, led by Satan himself. God then stripped Satan of his splendour and glory and cast him out of heaven, together with all who had joined him in the rebellion.

Later, when God created man, we see Adam was warned against the enemy, right in the beginning when man received his first calling. In Genesis 2:15 we read, “And the Lord God took the man and put him in the Garden of Eden to tend and guard and keep it.”

Not only was he instructed to cultivate and take care of the garden, he was also instructed to guard and keep it, instead of losing it or giving it away. This means Adam must have been warned in some way that there was an enemy walking around like a roaring lion, not very happy about this new creation called Man.

Sadly, Adam did not do a very good job at executing his assignment. We find Adam and Eve disobeying God and rather heeding the voice of Satan. By doing so, they gave up their dominion and handed it over to Satan who legally took possession of this newly established kingdom. Man found himself disconnected from God and connected to Satan instead.

God then sent Jesus to legally buy this dominion back from Satan, by defeating Satan on the cross.

While we are all predestined to be adopted into God’s family, the choice of who actually becomes a child of God is given to each individual. We now find ourselves in a period where we are thoroughly tested and tried, to be purged of all possible rebellion.

Those who choose life by putting their trust in the Saviour and repent of their sins, who shun evil and pursue holiness and who endure till the end, will be saved and receive everlasting life. God will have a family of people free of rebels and there will be no possibility of a recurrence of that which went before.

God’s desire has always been to show the exceeding riches of His grace toward His true children in the ages to come (see Ephesians 2:7). While those born of the Spirit now already experience a personal relationship with God who lives in us through His Holy Spirit, we have the assurance of the perfected realisation of our purpose for all eternity, as seen in Ephesians 3:11-12, “This is in accordance with the terms of the eternal and timeless purpose which He has realized and carried into effect in [the person of] Christ Jesus our Lord, 12In Whom, because of our faith in Him, we dare to have the boldness (courage and confidence) of free access (an unreserved approach to God with freedom and without fear).”

This is the purpose for which we have been created. When we fail to understand this, religion is born. However, when we understand our purpose, futile religion is abandoned and an authentic relationship with God begins. Love for God, together with a genuine knowledge of and acquaintance with Him then becomes the norm. As Hosea 6:6 says, “For I desire and delight in dutiful steadfast love and goodness, not sacrifice, and the knowledge of and acquaintance with God more than burnt offerings.”

True biblical success in life is entirely dependent on our comprehension of this truth. Without a deep-rooted understanding of the reality of our true purpose, we live meaningless lives where we pursue our own selfish dreams, instead of embracing our true calling.