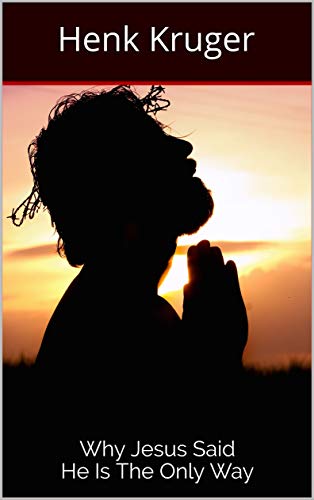 It was around 30 – 33 A.D. when a man who was known as Jesus of Nazareth made an unprecedented and highly controversial claim: He claimed that He was the only way to God, and that no one could go to heaven unless they went through Him. This statement was so preposterous that He was crucified!

In March 2017, a British court convicted two street preachers for preaching the Bible in public. The prosecutor in the case told the court that preaching Jesus as the only way to God cannot be truth.

Understandably, the notion that Jesus is the only way is and will always be offensive to many. Unfortunately those who believe this to be truth often fail to communicate why they believe this in an effective manner. Furthermore, those who don’t believe this often reject the statement without trying to obtain understanding first.

The purpose of this book is to look at why Jesus said He is the only way to heaven. This will leave Christians equipped with a better answer as to why Jesus said this, and those who reject the statement can do so from a place of being accurately informed.

The posts on the topic of Why Jesus Said He Is The Only Way were originally published in book form & is available from Amazon.com