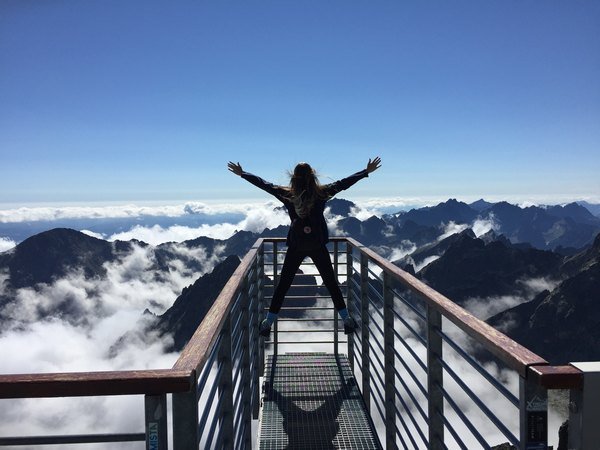 The Word of God is our sword and shield. We activate the Word when we speak it with faith-filled authority.

In Genesis 1 we see just how God brought order to this world by calling forth the things that were not as though they were. For example, in Genesis 1:3 God said, “Let there be light”; and there was light.

In Genesis 1:28 we see how God brought a blessing into existence after He created man, “And God blessed them, and God said unto them, ‘Be fruitful and multiply, and replenish the earth, and subdue it; and have dominion over the fish of the sea, and over the fowl of the air, and over every living thing that moveth upon the earth.’” 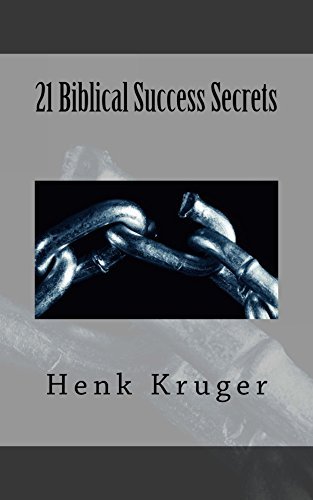 In Genesis 3, after Adam and Eve had sinned, we see how God brought a curse over the serpent, the woman and the man.

In Genesis 3:14 the Lord God said unto the serpent, “Because thou hast done this, thou art cursed above all cattle, and above every beast of the field. Upon thy belly shalt thou go, and dust shalt thou eat all the days of thy life.”

In Genesis 3:16 the Lord said unto the woman, “I will greatly multiply thy sorrow and thy conception. In sorrow thou shalt bring forth children; and thy desire shall be to thy husband, and he shall rule over thee.”

In Genesis 3:17-19 God said unto Adam, “Because thou hast hearkened unto the voice of thy wife, and hast eaten of the tree of which I commanded thee, saying, ‘Thou shalt not eat of it,’ cursed is the ground for thy sake; in sorrow shalt thou eat of it all the days of thy life. 18Thorns also and thistles shall it bring forth to thee, and thou shalt eat the herb of the field. 19In the sweat of thy face shalt thou eat bread till thou return unto the ground, for out of it wast thou taken; for dust thou art, and unto dust shalt thou return.”

From these verses of Scripture we can see how God changed a situation by calling the things that were not as though they were.

By adding emphasis to some words, we can see that in the beginning God said “Let there be…”, and there was.

God blessed Adam when He said to him “Be fruitful… have dominion…”, and Adam received the ability to be fruitful and to have dominion.

God cursed the serpent when He said, “thou art cursed… upon thy belly shalt thou go… dust shalt thou eat…”

To the woman He said, “in sorrow thou shalt bring forth children… thy desire shall be to thy husband… he shall rule over thee…”

To the man He said, “cursed is the ground… in sorrow shalt thou eat of it… Thorns and thistles shall it bring forth… In the sweat of thy face shalt thou eat bread… unto dust shalt thou return…”

In Genesis 9, after the flood from which only Noah and his household escaped, God blessed Noah and his sons by saying to them, “Be fruitful and multiply, and replenish the earth. 2And the fear of you and the dread of you shall be upon every beast of the earth…”

In Matthew 21:19-20 we see how Jesus similarly changed a situation with His words, “And as He saw one single leafy fig tree above the roadside, He went to it but He found nothing but leaves on it [seeing that in the fig tree the fruit appears at the same time as the leaves]. And He said to it, Never again shall fruit grow on you! And the fig tree withered up at once. 20When the disciples saw it, they marvelled greatly and asked, How is it that the fig tree has withered away all at once?”

What I find interesting is what Jesus said in the next verse in Matthew 21:21, “Truly I say to you, if you have faith (a firm relying trust) and do not doubt, you will not only do what has been done to the fig tree, but even if you say to this mountain, Be taken up and cast into the sea, it will be done.”

Apart from the fact that we were created in the image of God the Creator with creative ability, we were also given the authority to rule and have dominion in this world, just like Jesus did. In Luke 10:19 Jesus said, “Behold! I have given you authority and power to trample upon serpents and scorpions, and [physical and mental strength and ability] over all the power that the enemy [possesses]; and nothing shall in any way harm you.”

Furthermore, in John 14:12 Jesus said, “I assure you, most solemnly I tell you, if anyone steadfastly believes in Me, he will himself be able to do the things that I do; and he will do even greater things than these, because I go to the Father.”

In the light of this, what has been our response to the authority we were given and how are we utilising our creative ability? Just keep your ears open and it won’t take you very long to notice! Parents and teachers say to their children and students, “You are stupid…”, “You are an idiot…”, “You will never amount to anything…”, “You are a failure…”, “There is no hope for you…”, “You are useless…”

Are we then really surprised when we read in Matthew 5:22, “…and whoever says, You cursed fool! [You empty-headed idiot!] shall be liable to and unable to escape the hell (Gehenna) of fire.”?

Since Jesus showed us by example when He rebuked the storm and said “Be still!” should we be surprised when storms wreak havoc while all the Christians remain quiet? In general, we are either neglecting to use the authority we were given, or we abuse it by speaking curses instead of blessings.

We have been given authority and we can use it to bring life or we can use it to bring death. Proverbs 18:21 says, “Death and life are in the power of the tongue, and they who indulge in it shall eat the fruit of it [for death or life].” How foolish of a parent to say to his child, “Those drugs are going to kill you,” and then cry when it happens and say, “I told him those drugs will kill him, but he wouldn’t listen…” Could the outcome have been different if the parent had rather said, “You will come to your senses before it is too late!”

The Power Of Our Words

James 3:3-5 says, “If we set bits in the horses’ mouths to make them obey us, we can turn their whole bodies about. 4Likewise, look at the ships: though they are so great and are driven by rough winds, they are steered by a very small rudder wherever the impulse of the helmsman determines. 5Even so the tongue is a little member, and it can boast of great things. See how much wood or how great a forest a tiny spark can set ablaze!”

A boat’s rudder applies pressure when turned in water, which has a direct effect on the direction the boat moves. When pressure is applied at first, you don’t see any change. Slowly but surely, after a while the boat begins to turn. We might not always see the effects of our words immediately, but when we keep applying pressure by staying true and faithful to our positive or negative confessions, we will begin to see and experience change.

A decree is an announcement, an order or a law that has been established. Psalm 2:7 shows us how a new order or law is established, “I will declare the decree of the Lord…” When we announce or proclaim or speak something with authority, we are establishing a law. This is how we create with our words. This is how we call the things that are not as though they were: through our spoken confessions.

An example of how a curse can be created is found in Genesis 31. After Jacob had married Laban’s daughter Rachel, Jacob left Laban and was on his way to his homeland. However, unknown to Jacob, Rachel stole her father’s household gods. Three days later, Laban pursued Jacob in an attempt to recover the idols. Jacob, unaware of the fact that Rachel had taken the household gods, declared in verse 32, “The one with whom you find those gods of yours, let him not live.” Rachel cleverly hid the gods and they did not find them. However, Jacob had made a decree and Rachel dearly paid the price for her sin. In Genesis 35, Rachel died prematurely during childbirth.

Another example is found in Joshua 6. After the walls of Jericho came tumbling down and the city was destroyed, Joshua declared in verse 26, “… Cursed is the man before the Lord who rises up and rebuilds this city, Jericho. With the loss of his firstborn shall he lay its foundation, and with the loss of his youngest son shall he set up its gates.” For centuries, no one attempted to rebuild the city. Then in 1 Kings 16:34, the curse made by Joshua on those who would rebuild the city, came to pass, “In his days, Hiel the Bethelite built Jericho. He laid its foundations at the cost of the life of Abiram his firstborn, and set up its gates with the loss of his youngest son Segub, according to the word of the Lord which He spoke through Joshua son of Nun.”

Sometimes success or breakthrough eludes us because of curses and strongholds that were created by our parents, grandparents or other persons of influence through their negative words or confessions. For example, if you find that people treat you with disrespect no matter where you go, it could be that someone, like a mom or dad, kept telling you that you are worthless. Many times we will know exactly what the origin of something like this is, but often it requires a revelation from the Holy Spirit.

Such a curse or stronghold is like a bad seed that was planted, causing a deep-rooted but unwanted weed to grow in an unwelcome environment. Once you have identified the root cause of a problem in your life, it can be uprooted and destroyed by the blood of Jesus Christ and the word of your confession. You can also plant a new seed in its place and literally establish the truth of who you are in Jesus Christ instead.

Here is an example of such a declaration:

When we speak the opposite of what God’s Word says for ourselves or for others, we help to establish the kingdom of darkness. Jesus said in Matthew 12:36, “But I tell you, on the day of judgment men will have to give account for every idle (inoperative, nonworking) word they speak.”

Find out who you are in Christ and establish God’s Kingdom in your life and on the earth by only speaking His Word instead.